Hey everyone! Merry Christmas! I’m so sorry to neglect my readers as it’s been literally a year since I have made a blog post which so happened to be the first month of this year. I have been juggling with school and work. I go to school full time and I work part time.

Anyway! There is so much I want to share that I could not wait to type it all out and let my readers know! So much has happened this year that I wish I had all the time in the world to type out what I felt, but just couldn’t.

I believe that there has been greater progress made for Asian Americans these past years with new Asian shows such as Master of None and Fresh Off the Boat having Asian American casts. I wholeheartedly believe that this is the greatest time to be Asian American as immigration rates for Asians has exploded like never before. However, there is a lot of work that needs to be done. Compared to other races or ethnic groups such as Black and Hispanics Americans, racism against Asians is not vocal or mentioned greatly. Because Asians only make up 6% of the American population, there won’t be the same outrage as other groups, because our numbers do not lie in our favor. I will call out liberals who claim to support minorities while they fail to address the problems that Asian Americans face, especially racism towards us.

It’s also crucial that us Asian Americans CALL OUT on anyone who is racist towards us whether it’s subtle or overt. I know that in our culture we are not taught to be vocal but more passive. This works fine in Asian cultures or communities, however when you are dealing with non-Asian communities, this does not work as much. If we do not call people out on their racism towards us, how can we expect them to respect us and see us as humans? Otherwise, we are teaching them that it’s okay to disrespect us. That it’s fine for them to call us chinks or make dick jokes in the expense of our Asian brothers, fathers, uncles, etc. The burden is on us to call people out and demand respect. People will only respect you if you respect yourself. As Asians, we are strong people, do not let people think or tell you otherwise. We are not weak. It’s okay to get upset or angry, especially in times of injustice or unfairness. We are amazing and great, and we do deserve respect, especially if we want to make the world a better face for our Asian children and descendants.

Sometimes I want to cry as if who cares about Asian problems? I feel like non-Asians don’t care about it. But I care and I know more people do not just Asians but non-Asians too. I know Asian issues are real, even though it’s not mentioned greatly in schools or in media, but it does exist whether we like it or not, whether we admit it or not. The hypersexualization of Asian females is real and along with the emasculation of Asian males. Affirmative action hurts Asians the most. Asians face the worst bullying among all racial groups in schools and the work place. So this means that not only do we face bullying in elementary schools, but it follows us in the workplace, especially when we have to face bamboo ceiling in terms of job promotion and seniority positions.

I know that it is easy to forget that we face discrimination or racism as Asian Americans. If we close our eyes, we can pretend that these issues don’t exist. But they do! We cannot see the world through rose-tinted glasses. We cannot afford to. I know that at times we rather focus on making money, but if we care about being treated fairly, and having better representation, then it is a must to care about Asian issues and be vocal about it.

Choosing to marry a white person, whether we are an Asian female or male so that we can have mixed children, will not prevent them from experiencing racism, but make it worse.

For 2018, I urge all my Asian American friends and non-Asians to call out racism. Not just racism towards Asians, but also towards other people. Racism should not be tolerated. Everyone should be treated with respect. It does not matter what your gender or skin tone or ethnic/national background is. We all want respect and love. It’s ingrained in us to seek these things. 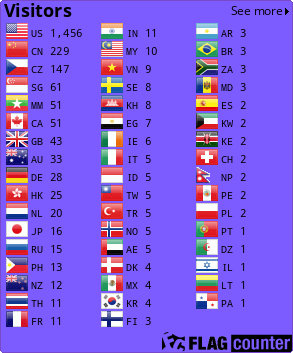